John Lazarus’s latest book, The Turning of Heaven, is out now on Amazon. Get it in paperback or on Kindle. 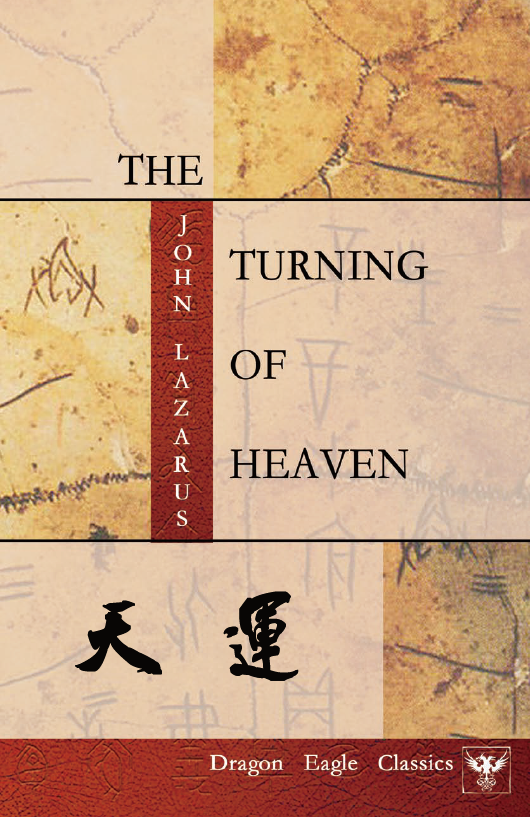 In The Turning of Heaven, John Lazarus combines gut-busting laughter and mind-bending genre hopping to connect five millennia of Chinese history, linking a Bronze Age neologist to a late 21st century supercomputer, with several detours along the way.

The story begins with a tale of court intrigue at the dawn of the Chinese writing system. Lazarus jumps ahead to the 5th century AD, where court historian and poet Qian Ming has left civil service to devote himself to oneness with nature and “completely disregarding life’s responsibilities.” Later, Lazarus whisks us to Hong Kong in the aftermath of the opium wars for a White Man’s Burden account of high seas adventure.

Onward he surges, to a university campus in reform-era Shanghai, a TV studio in the hyper-capitalist present-day, and finally the headquarters of an AI firm at the twilight of the 21st century. Lazarus haunts with specters of violent legacies and apocalyptic futures and jests at the institutions of colonialism, totalitarianism and corporatism. But more than anything, The Turning of Heaven examines the limits of communication, across cultures and ideologies, between the organic and the artificial, and from the past to the future.